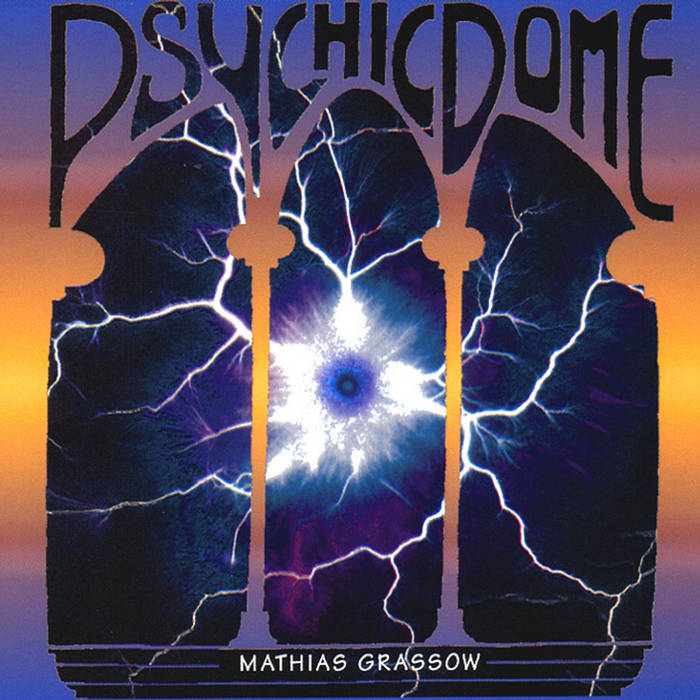 Psychic Dome - meaning:
Mathias Grassow again pursues one concept - he is setting parts of the psychic words to music, in the accordance with the philosophies of the Cypriot Daskalos, who this work is also dedicated to.
The subtle entitling of the single pieces stands for different states of mind. Like a helix ("Dome"), the compositions continously penetrate into deeper layers of awareness, to find its climax in a representation of the possible state after death ("Through The Infinite Halls Of Bardo Thödol"). According to the Tibetian Book of Death, this is the state of the "liberation of the soul by hearing". There are analogies of the importance of "Listening" in other religions, too.
The two last parts, "At The Edge - Parts I & II", represent the noetic worlds, in which time and space have virtually dissoved (5th dimension). In oder to meet the demands of "Psychic Dome", it should be listened to in a state of calm and taking one's time. It is not advisable to share one's attention out on anything else while listening.

In the first place I want to give my sincere thanks to Klaus Wiese, who has been my friend and example, and whose musical and technical advice I appreciate very much. He actually is the spiritual father of many of my compositions. Furthermore my thanks to Peter-Michael Hamel, composer, who has inspired me through his way of being and through his music.

Bandcamp Daily  your guide to the world of Bandcamp

outré black metal, with a Victory Over the Sun interview and music from Liturgy and Jute Gyte.